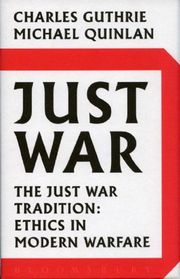 Just War Theory is a derivative of international law, which deals with the justifications - theoretical or historical - to determine whether a war can or could be ethically justified, and what forms of warfare, are, and are not allowed.

The Just War tradition dates back to ancient Military codes of conduct founded on chivalry. Generally the just war tradition --a set of mutually agreed rules of combat-- are only applicable between culturally similar enemies; which was not the case between Boer-Afrikaners and Africans; as ignored by the ANC and TRC.

The six principles of Just War are: * having a just cause, * being a last resort, * declared by proper authority, * possessing right intention, * reasonable chance of success, and * using proportional force.

On the working hypothesis that the ANC & TRC were correct, and Boer-Afrikaners and Africans were culturally similar, the Briefing Paper explores each of the Just War principles to determine; whether the ANC’s ‘liberation struggle’ met any of the ‘just war’ criteria. It concludes that: The ANC had no Proper Authority, No Right Intention, No Reasonable Prospects of Just War Success, its Desired End was not proportional to the Means Used; and its declaration of war was not a last resort. Finally, under Post Bellum principles, the ANC’s Promises of Amnesty were reneged upon, destroying all trust in future multi-cultural political agreements for minority cultures. 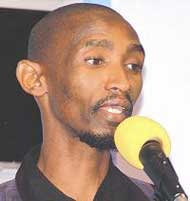 Mphutlane wa Bofelo was arrested and imprisoned for his anti-apartheid activism. In his essay Racist, sexist, violent-peddling, Malema hate-talk dangerous for the future he describes in great detail the ANC’s strategic and tactical ‘liberation struggle’ decision-making.

How the ANC “celebrated the recklessness of the young lion.. elevating thoughtless \ reckless, theory-less action thereby inculcating the culture of disrespect for reasoning and fostering the culture of acting without thinking, which spawned the comrade-tsotsis, the jackrallers, the trigger-happy, gun-totting gangsters, and the adventurously kleptomaniac men and women who govern our lives today.”

Conclusions reached: the ANC had no Proper Authority, no Right Intention, No reasonable prospects of success, and used disproportionate force. 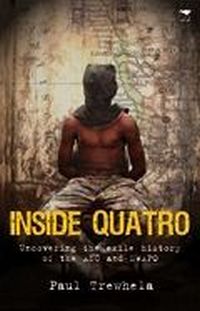 The ANC’s M-Plan was Mandela’s 1953 decision to abandon non-violent opposition to apartheid, in favour of a Marxist-Leninist violent ‘liberation struggle’.

The decision occurred subsequent to the spectacular failure of the 1952 Defiance Campaign, which failed to non-violently mobilize the black masses against apartheid. Paul Trewhela’s Searchlight South Africa article A Death in South Africa: the Killing of Sipho Phungulwa describes the SA Communist Party’s M-Plan, as a ‘liberation with necklaces and boxes of matches, before education’ new Paedontocracy mindset, a “milieu in which teenage armies, teenage generals, teenage courts and teenage executioners gave lessons in patriotism to the workers.”

This autocratic culture of violence hugely benefited the ANC elite by terrorising the African public to provide support to the ‘liberation struggle’ against their will. The ANC silenced Apartheid’s moderate non-violent opponents, by assassination and ‘necklace terror’.

The ANC silenced its dissidents, by means of executions, torture and horrific abuses, such as at Camp Quatro.

Conclusions reached: the ANC had no Proper Authority, no Right Intention, No reasonable prospects of success, and used disproportionate force. 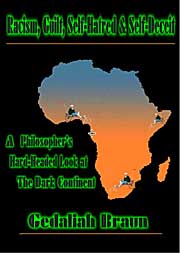 Dr. Gedaliah Braun’s discussions and evidence compiled over 16 years of frank conversations with Africans, are detailed in his book Racism, Guilt, Self-Hatred and Self-Deceipt: A Philosophers Hard Headed Look at the Dark Continent.

Dr Braun details his many brutally frank conversations with working class black South Africans from all walks of life; asking them whether they wanted black rule. He could not find one black South African who wanted black rule. He concludes that although many black Africans were very unhappy with particular aspects of Apartheid rule; they most definitely did not want black rule. They feared that black rule would be similar to black rule in the rest of Africa, which was far worse, than life under apartheid.

Dr. Braun confirms Rev. John Gogotya’s allegations in ANC: VIP’s of Violence that “the ANC is not the authentic voice of the black people in South Africa.. does not represent the majority of blacks in South Africa”. It confirms that the ANC’s decision to embark on a violent liberation struggle, was to force the black population by means of coercion and terror, to support the ANC’s agenda of overthrowing white rule. Conclusions reached: The ANC lacked Proper Authority, did not have Right Intention in launching the ‘liberation struggle’; had no prospects of success and used disproportionate force against their own people.

5. No Right Intention: Did ‘Evil Apartheid raise poor black living standards to the highest in Africa: 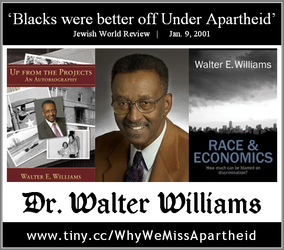 The evidence proves that while Apartheid withheld political suffrage at the national level (not local, or regional) from black Africans, it did provide them with the highest living standards of all Africans on the continent of Africa.

In fact Apartheid provided poor black Africans with higher living standards than middle class whites in any communist state, such as the Soviet Union. 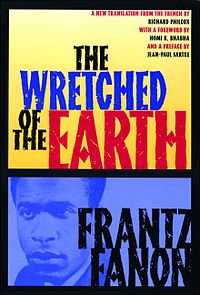 The ANC and Black Consciousness movements were hugely motivated by the Marxist ‘violence as a cleansing liberating force’ on the ‘rotting corpse of the settler’ ideas of Frantz Fanon’s Wretched of the Earth Handbook of Black Liberation.

In the Fanon Black Liberation perspective, violence is anything but a last resort. For Fanon or ‘black liberation’ movements, violence was the essential component required for the colonized mind to be liberated from his inferiority complex. Violence was what liberated the native, making him fearless and restoring his self respect.

In the absence of violent liberation, the native could never be really liberated from the psychological shackles of his inferiority complexes. Peaceful negotiations were to be avoided at all cost; for they would deny the native’s colonized mind his liberation: ‘the cleansing liberating force of violence on the rotting corpse of the settler.’ It was a total repudiation of Gandhi’s doctrine of self-respect, honour and integrity by means of non-violent passive resistance.

7. The ANC’s People’s War: Terrorize the People to Support the Liberation Struggle: 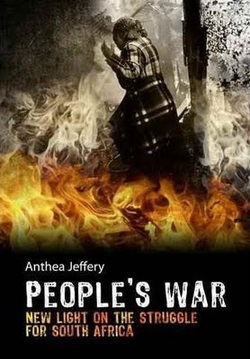 The ANC’s decision to launch a People’s War Liberation Struggle to terrorize the African people to support the ANC’s agenda, was founded on all of the aforementioned principles. The ANC’s agenda had nothing to do with liberating the African people to a sense of Gandhian sense of self respect, personal responsibility and dignity; to the contrary. Launching the Peoples War was a means of forcing the black masses into involuntary conscription on behalf of the ANC’s agenda to overthrow white rule of law, which the majority black Africans preferred and which provided the black masses with the highest living standards and most effective justice system on the African continent.

In Witchcraft and the State in South Africa, German social science researcher, Johannes Harnischfeger details the use of witchcraft to terrorize African communities, and purge dissent, by means of people’s courts and necklacing moderates or anyone who supported the Apartheid system’s rule of law. Anyone who was perceived as collaborating with Apartheid could face the wrath of the People’s committee’s and the necklace. For example: the payment of rent for government owned housing could be a capital offence. Additionally young men were promised free sex if they joined the ANC to become a Cadre. Young women were required to participate in the ANC’s ‘operation production’ of human cannon fodder ‘breeding war’. They were forbidden to use contraceptives and required to acquiesce to being impregnated by ANC cadres.

As confirmed by Rev. Gogotya: “The ANC strategy was to intimidate black moderate leaders. When the riots started and the violence escalated in the townships, the people who were targeted were all professional blacks, teachers, doctors, lawyers, black businessmen,” as part of the ANC’s goal to destabilize and impoverish black communities. The consequent destablisation symptoms were then blamed on the Apartheid government. Conclusion: The ANC’s decision to launch the People’s War to terrorize their own people to join the liberation struggle meant it had no just cause, nor was it a last resort, nor of right intention, nor did they possess the Proper Authority, or use proportional force. 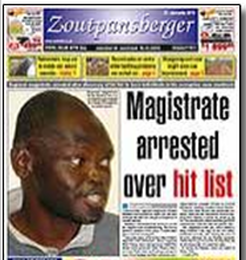 All of the aforementioned enabled the ANC to liberate Africans from Apartheid’s Euro-Centric values of respect for the Rule of Law, respect for the importance of Education and Infrastructure maintenance, Personal Accountability and Responsibility. The ANC’s liberated Africans are now liberated to Africanize South Africa, in a free for all, to loot and pillage.

The ANC’s Rainbow Democracy of Liberation from Personal Responsibility, and Accountability has resulted in - among others - the following Systemic collapse statistics: (i) Deaths in Police Custody  have risen by 25,725% under the ANC; (ii) Farm Murders have risen by 3.095% under the ANC; (iii) Squatter Camps have increased by 1,000% under the ANC; (iv) 70% of legal graduates under ANC rule are unable to read, while 70% of black matrics are functionally illiterate; (v) the Justice and Political Systems have effectively been turned into Mafia State corruption parasitic enterprises. These are precisely the problems articulated to Dr. Braun by black Africans they were petrified would happen under black rule.

Conclusion: The ANC’s actions for the past 16 years demonstrate in absolutely unequivocal clarity their intention to liberate ‘liberate’ the African people, from the concept of ‘freedom to be responsible’ to the concept of ‘freedom as freedom from responsibility’. The ANC have liberated Africans by providing with an absolutely meaningless national political vote, while robbing them of Apartheids competent and efficient legal justice system, education system, health care system, and safety and security in their communities. 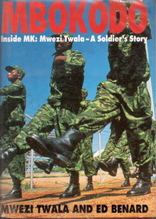 The democratic socialist publication, Searchlight South Africa, argues that the ANC’s Anti-Apartheid Movement was (and still is) one of the largest and most successful Popular Front Lobby’s for Stalinist fascism anywhere in the world.

To understand the thinking, purpose and decision-making of the ANC, requires an examination of the treatment of ANC members by ANC Military Intelligence Mbokodo Officers at Camp Quatro in Angola, which reveal the inner-workings and nature of the ANC and its secret decision-making body: the SA Communist Party.

It reveals among others how the ANC and SACP condoned torture, imprisonment without trial or charge, executions, murder and assassination of its own ANC dissenting members, that made the ‘evil Apartheid’ atrocities seem like minor misdemeanours, in comparison.

Conclusion: The ANC lacked proper authority, right intention and did not use proportional force.