Mike Smith’s Opening Pandora’s Apartheid Box: Rationales for Apartheid series provides a detailed account of the political, cultural, religious and other motivations and causes for the establishment of apartheid.

In Chapter 2: What does ‘Diversity’ mean in South Africa he provides an overview of SA’s huge diversity of languages, cultures, and ethnicities, detailing the absolute integration nightmare, and how the policy of Apartheid was in fact the fairest system of government, considering South Africa’s multicultural and ethnic realities.

2. Western Descartian Individualist ‘I Think, Therefore I Am” vs. African Ubuntu Conformist “I Participate, therefore I Am’:

The Ubuntu African’s sense of identity and self-esteem is a result of his community’s acceptance of his willingness to conform to their demands and their values. Themba Sono refers to the result of this Ubuntu African paradigm as the “constrictive nature” or “tyrannical custom” of a derailed African culture, especially its “totalitarian communalism”. The Ubuntu African’s existential psychology is focused on belief, not reason. Rationality is overwhelmed by emotional identity to belong, and to conform, in order to improve the individual’s sense of self-worth, which is measured by his participation, not critical thinking.

The Descartian Western and Ubuntu African existential values which determine the individuals foundation for their sense of identity, purpose and meaning, are not slightly different; but opposing. If only slightly different, they could be compatible for a peaceful multi-cultural society. They are however in direct opposition to another; which means they are and will forever be in conflict with another; for supremacy. They are incompatible for a peaceful multi-cultural society. The former is capable of tolerating the latter, as it does for its less meta-cognitively aware cultural members; but the latter’s sense of personal identity shall continually be assaulted for not being ‘included’, aggravating his psychological insecurity. The psychologically insecure Ubuntu African’s response will be political and social coercion to ‘include’ to coerce society to ‘accept’ Africans ‘participation’, irrespective of their skills or competency to participate in any given skill, task or event.

The clash of these worldviews are further exacerbated in South Africa by a legal and political elite which pretend these existential identity differences don’t exist, in favour of manipulating the ignorant poverty stricken vote farm’s confusion, with apartheid blame game tactics for their own political gain. 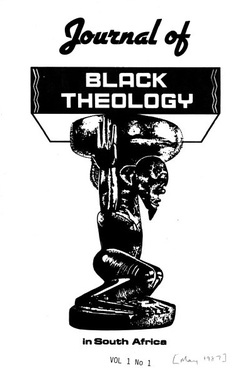 In Black Liberation Theology Forgiveness and Reconciliation are achieved by means of a violent economic Marxist class struggle. In Calvinist Christianity Forgiveness and Reconciliation have absolutely nothing to do with economics or a violent class struggle, but are a result of a spiritual (i.e. inner self) emotional, intellectual and psychological process.

Black Liberation Theology believes that whites can only be forgiven once they have given up their belief in their whiteness and whiteness cultural values of merit, property rights, etc; and helped to violently overthrow whiteness to establish a Marxist Leninist communist utopia. Calvinist Christianity believes that anyone is forgiven when they take responsibility for their actions, sincerely apologize and a process of intellectual, emotional and psychological change sincerely occurs within both individuals. Forgiveness occurs when both reach a new understanding of the other persons point of view, and they transcend their enmity and anger over prior perceived insults or unjust actions with a determination to start their relationship on a clean slate. It’s a spritiual and psychological inner process of transcendence.

The TRC Political and Religious elite have exploited the African and European masses by avoiding clarifying these huge differences in meaning between the two camps, so as to benefit from the masses ignorance, and confusion, and scapegoat the Calvinist Christian community, whose ‘reconciliation’ perspectives are an impediment to ANC’s Black Liberation Theology ‘reconciliation’ aims to overthrow ‘whiteness’ and establish their communist utopia. In the absence of sufficiently precise legislation clarifying the meanings and definitions of these key concepts, citizens are unable to regulate their affairs with individuals from other cultures and religions in accordance with the rule of law. 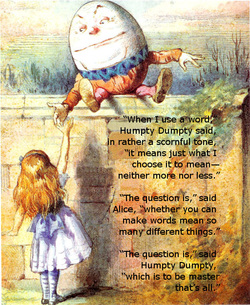 In the TRC Report, Archbishop Tutu and the TRC Commissioners accuse Apartheid for having maintained legal oppression by means of vague definitions.

However in the exact same TRC Report (in fact in all TRC social contract legislation) there are NO definitions whatsoever for the Key Concepts of ‘Forgiveness’, ‘Reconciliation,’ ‘Closure’ and ‘Ubuntu’, which are socially, culturally, religiously, psychologically, and racially conflicting terms; which have multiple different meanings for different cultures, religions, etc.

Do the ANC want to deliberately create confusion, where citizens racial animosities are aggravated into enmity for the other, by establishing a legal framework where racial and conflicting cultures are unable to regulate their affairs with other cultures in accordance to the law, due to lack of clear legal definitions for key social contract concepts?

5. Was Truth and Reconciliation Seen to be Done, by the Ubuntu Black Liberation Theology Truth Commission?: 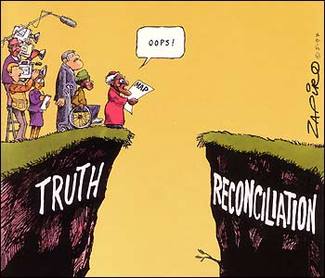 The answer by any impartial individual is an unequivocal NO.

For those unaware of the evidence, a good place to start would be (i) Anthea Jeffery’s The Truth About the Truth Commission, (ii) Generals Malan, Viljoen, Geldenhuys and Liebenberg’s Assessment of the probable results of the activities of the Truth and Reconciliation Commission (TRC) as perceived by former Chiefs of the SADF IRO the SADF, and their additional Complaint filed with the Public Protector (which was simply ignored).

These raise so many issues of conflicts of interest, bias, omissions, censorship, etc. by the TRC, that it is no surprise how John Kane Berman, the Head of the SA Institute of Race Relations (SAIRR) concluded in the foreword to The Truth about the Truth Commission that: